Question:  Where has Dawn been lately?


Research:  Sources indicate that Dawn has a tendency to overcommit get really involved in her community and to tell people what to do organize large events.  Satellites have tracked increased science activity in her hometown in recent weeks.


There is no need to test this hypothesis because I have photographic evidence to verify its validity!

I worked with six other terrific moms to organize the first annual Super Duper Home School Association (SDHSA) Science Fair!  (FYI, that's what I will be calling my local support group from here on out.  I am tired of typing "local support group" over and over again!)

The SDHSA ladies and I started working on the fair in August.  There was a lot to accomplish: writing rules, holding registration, finding judges, gathering prizes, creating a judging rubric, providing a training session, etc., etc., etc.  However, from the start, we divided the work, and I cannot believe how well everything came together!

The competition was tight, and there were soooo many fabulous projects.  Take a look at these incredible boards! 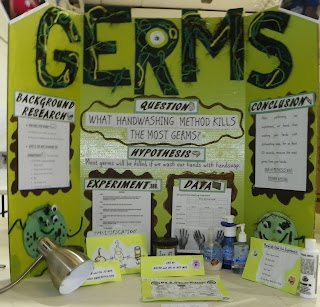 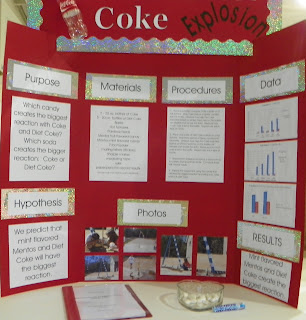 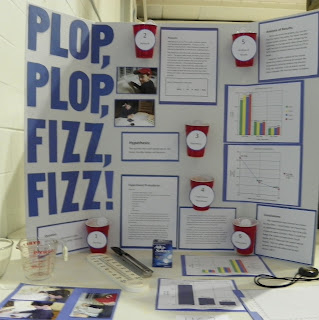 On the home front, I had two participants of my own to manage.  I demanded the boys decided that they should work together on just one project since I had my hands full leading the committee.  Of course, the one topic the boys could agree on felt enthusiasm for was bird watching.

Here is their project... 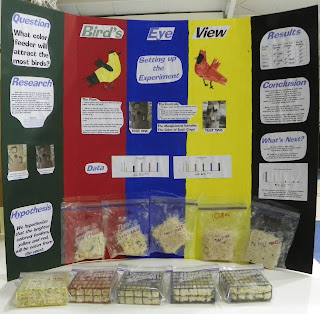 Question:  What color feeder will attract the most birds?

Hypothesis:  The boys believed their research indicated more birds would be drawn to the brighter colored feeders, particularly yellow and red.

The Experiment:  Dad spray painted four suet cage feeders in four different colors: yellow, red, blue and black.  The boys decided to leave one cage in the original green color as a control.  They also hung the cages on the same tree to prevent environmental factors, like temperature, from skewing the outcome.  They also used the same brand of suet feed for each cage and filled each with the same weight of feed.

They frequently observed the cages for one week and took note of how many birds of which species visited each color.  At the end of the week, they took the cages down and weighed the amount of uneaten suet.

They repeated the test on a different tree in a different part of the yard, keeping the controls in place from the first test.  Again, they observed for one week, took notes, and then weighed the remaining contents.

Conclusions:  Because yellow ranked first (meaning the most was eaten from it) in both tests, the boys believe yellow is a good color for feeders.  However, because red was 2nd in one test and 4th in the other, they cannot say with certainty that their hypothesis is correct.

While collecting data, they also noticed that more birds ate from a feeder similar in color to its body than at a feeder of a different color.  They want to do more research and testing to see if there is a correlation between body color and desired feeder color.

SDHSA awarded participants medals based on their judges' rubric score.  Everyone who participated received at least a bronze science medal.  Those whose judges' scores were between 80 and 89% of the total possible score received silver medals, and those who received scores of 90% and higher earned gold medals.  Local restaurants donated coupons for free pizza, ice cream and sandwiches, too!

If you are interested in starting a science fair in your area, I would be happy to offer support.  I learned a lot the hard way this year!  Just drop me a line, and I will get back to you soon.


Posted by homeschooldawn at 10:18 PM

What a neat experiment! The boys did a great job, and the mom should from now on be called Wonder Woman for pulling off such a great event. : )

Sorry, I will not be contacting you about starting a science fair. I had my fill just being the mom of a science fair participant last year. I'm glad she (we) experienced it, but we were so glad when it was over. I wished I had gotten around to blogging about that last year.

Thanks, Kellie! Maybe I should be called "Glutton-for-punishment Woman!"

It was a lot of fun and a great experience for all the kids in our group. That's what makes it worth all the work and headaches. :)

I am inspired to buy some yellow spray paint!

were you able to easily cover the bird feeders with spray paint?

Hi, Jamie, Yes, they covered very easily and just needed time in the sun to dry. We didn't have any chipping of paint or anything that would be harmful to the birds, either.

In Not to Us , I mentioned that my boys had created birding journals for this year's Youth Birding Competition. If you would like to r... 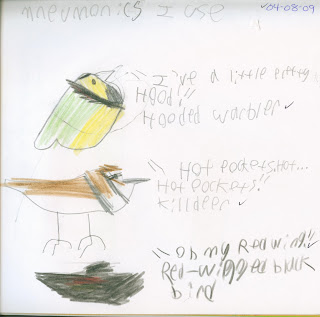